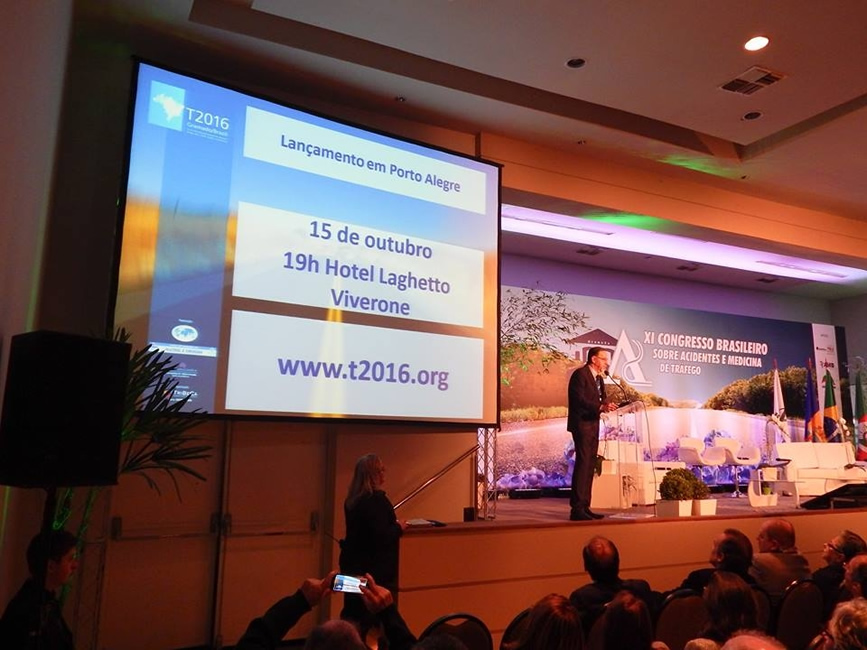 The Center for Drug and Alcohol Research – CPAD (UFRGS / HCPA) participated in the XI Brazilian Congress on Accident and Traffic Medicine (ABRAMET), which was held from September 10-13th, 2015. The event was promoted by the Brazilian Association of Traffic Medicine and took place in Gramado/RS at the Wish Serrano Hotel-Resort.

The Director of CPAD, Dr. Flavio Pechansky, attended the event, debating with other professionals on the topic of “Alcohol and vehicular direction: a binomial that should be repressed. Brazil’s and global experiences”. Dr Pechanskyalso took part in the mini-conference entitled “Drug use by professional drivers: Have the measures been effective for traffic safety?” along with Dr. Tanara Sousa, the Coordinator of the Group of Studies and Research in Traffic and Alcohol at CPAD (UFRGS / HCPA). In addition, CPAD members and part of the T2016 Organizing Committee presented their research, with some receiving awards for their presentations. Pasa and collaborators’ work, entitled “Alcohol users and other drugs are vulnerable in traffic” was considered the best study presented at the event, and an Honorable Mention was given to Fiorentin and colleagues for their work with hair as a biological matrix to detect psychoactive substances. The event was also an opportunity to promote T2016, and allowed interaction with both professionals and organizations.